What is an SMS autoresponder?

Autoresponders have been around for years in the email marketing world. Essentially, it is a series of messages that are setup in advance and are sent to people who join the list based on a timed event.

For example, you may create a game whereby there are 8 clues, 1 per day. In this instance we would set up 8 autoresponders with a timed event of 24 hours between them. So, when a person texts in your keyword they would get clue 1 then 24 hours later, clue 2 and so on.

Autoresponders are also incredibly powerful as a marketing tool. They allow you to create your series of text messages in advance of the promotion and base the content of the message around the time event. For example, autoresponder 2 might say, “Thanks again for joining our special offers list last week …..” and because you have set autoresponder 2 to go out 1 week after the initial text, you know autoresponder 2 will be sent out 1 week later so the message is relevant.

It can also be powerful in promising an upcoming offer code for example such as, “Thanks for your text. We’re searching the best deals for you and will send you the best offer in 30 minutes”. When the next text arrives (in exactly 30 minutes) you can be sure that it’ll be read and also communicate the fact that you’re true to your word and keep your promises – all great brand attributes to have. 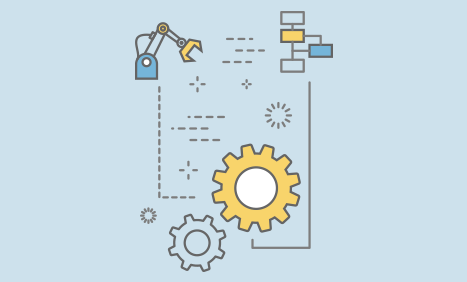 How to use our SMS autoresponder system on a keyword

Autoresponders can be set for any keyword in your system, including the free keyword every account has.

There are 2 types of autoresponses you can have for a keyword – either working together or separately.

The instant autoresponse which is a one time message sent back instantly (go to Message control, select your keyword and click on configure) or a series of autoresponders which are sent back at the times you specify.

To set up a series of autoreponders, in the main menu, go to ‘Auto Responders’ and you’ll see the screen below. (updated screenshot to be added)

Go to ‘create new’ in the panel along the top, If you have multiple keywords on your account you will see a drop down menu to choose a keyword for which you want to set up autoresponders.

You will see you can have up to 8 additional autoresponders for a keyword.

Set the Sender ID you wish to use for the autoresponder messages (note: as this is not a ‘bulk’ campaign, you will not be able to use your free reply number for autoresponder messages – you would need to upgrade to a unique virtual mobile number – our txtUs product). This can alternatively be alphanumerics (max 11 characters including spaces).

Then create the messages you wish to return (up to a maximum of eight) and set the times you wish them to go out.

You may initially want to set all the autoresponders at 1 minute so you can test the sequence when you’ve finished entering all the messages.
Note: we would strongly recommend adding stop code text to the end of each message for people who wish to stop receiving texts.
Once you’re happy everything is fine, click submit.

Now simply text your keyword in to 88802 to check that your autoresponder is configured correctly and if so go back in and adjust the timings of each message in the series to the desired amount and click submit again.

What happens if somebody texts the keyword in a second time? Will they get all the autoresponses again?
No. Once a number has been added to the autoresponse sequence, it cannot be added again.

If I am just testing it and want to get my number on again, how would I do that?
Simply delete the whole autoresponse sequence (which then removes everybody from the autoresponder for that keyword) and start again afresh.

If I delete the autoresponders do I still keep the number data that has text in to the keyword?
Yes. The autoresponder system is very separate. Incoming data to your keyword will always be kept so long as it is active.