Phones of the future

Phones of the future

We are very excited by the big news. What, you haven’t heard? The indestructible, 500 hour battery life, most reliable phone ever made, the Nokia 3310 is apparently being relaunched this year! Do you remember the days where you would play snake for so long you would get a headache? Or when you didn’t have to charge your phone every 4 hours? Those were the days.
With the future looking ever so slightly more enlightening with this announcement, we thought that we would take a look at what the mobile phone has to offer in the future, what we can expect in the next few years and what we hope to see.

Holographic displays
Since 2008, Tony Stark has been picking up and moving digital suits in mid-air. The holographic display has been seen in hundreds of sci-fi movies for years and surely it can’t be long until it is available to the wider public.
There have been tonnes of viral videos showing what mobile phones and tablets could do with a holographic display.

Both those concepts seem amazing, but how close are we at getting this for mobile phones? Well unfortunately we aren’t going to get it by tomorrow, but it maybe on the future feature list.
A prototype has been developed by researchers from Canada created the Holoflex. It is not quite on the same level as the videos above, with the holograph being a bit grainy, but it shows that we are slowly getting there. Plus, as the name suggests, it’s flexible.
Flexible
Phones bending is nothing new, but phones bending and not breaking is new. Lenovo have developed a mobile phone that bends around your wrists, almost like a giant watch. It is not exactly like the bendy rulers you had at school, but it has bending points that allow it to strap to your wrist. 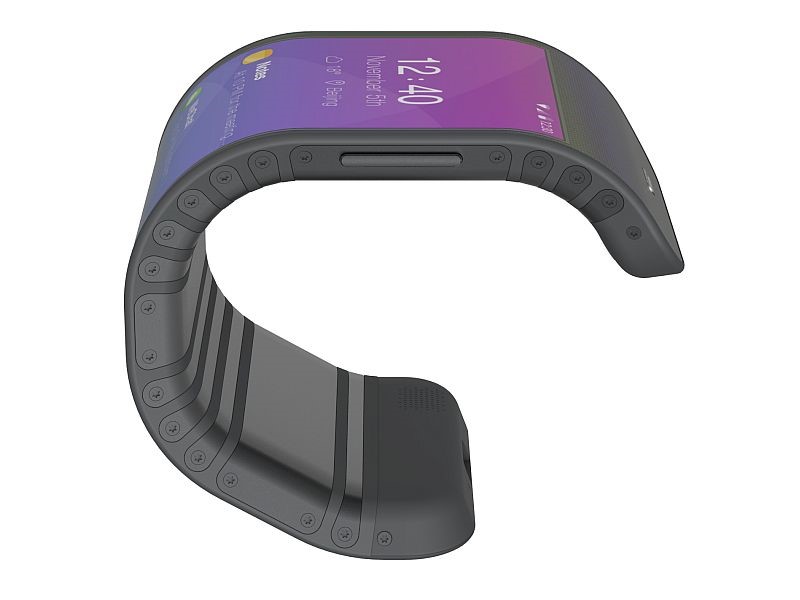 Having a phone that won’t break when sat on or bent is surely highly valuable to consumers? The Galaxy Round produced one of the first bendy phones, but you couldn’t bend it, it was just slightly curved, not quite what you want and unsurprisingly, it didn’t sell well.

Best friend
Siri is great at answering questions, telling jokes and remembering your name and birthday just like a friend. And now with Amazon’s Alexa in thousands of homes in the UK and in every room in the Wynn’s Las Vegas Hotel, we are getting closer and closer to having our very own H.A.L, but hopefully not evil, more of a mobile best friend.
In Japan you can already get a kind of personal assistant and we can see how this can be easily transferred to a mobile phone, either with or without holographic ability.

With voice control evolving day by day and companies seeing how important it is to consumers, we are sure that in the next few years a mobile phone will be able to communicate with you and make it seem almost human.
Earth loving
The earth needs love and a great way to provide that is with environmental friendly phones. At the Mobile World Congress trade show, Kyocera showed off their solar-powered prototype. Kyocera said that three minutes of sunshine would give the user enough charge for a one minute phone call, not life changing but in an emergency, could be very handy. 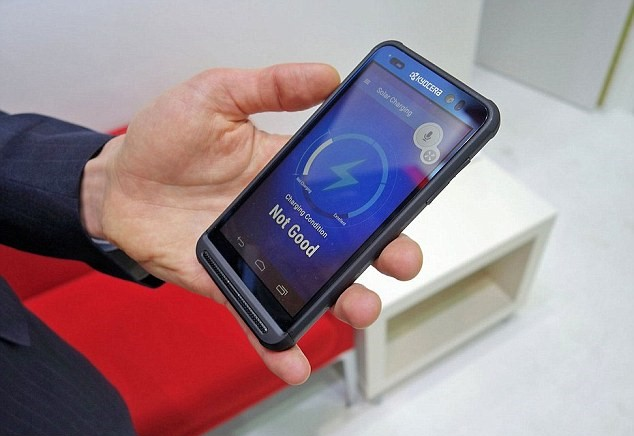 Furthermore, Mikhail Stawsky created a prototype phone that could be charged by spinning the phone round your finger. With a hole at the bottom the user could spin the phone to charge it, which we are sure would have resulted in many broken TV’s, mirrors and phones if sold. But maybe a kinetic battery that uses movement from when you walk, to generate power would work?
What we hope to see
A few other things that are already around that we can expect/hope all phones in the future will come with as standard;
Virtual reality – Having the ability to go into your own virtual world.
Waterproof – 95% of mobile phones in Japan are already waterproof, it can’t be long until all phones are waterproof.
Biometric security – Fingerprint login is already on some phones but what about eye scanners, even better security.
Control your house – Turn on the heating, lock the doors, turn off the lights, basically control your house from your phone.
Battery Life!! – Better battery life of course!

So what can we expect in the future for mobile phones? Well from the above we can expect a flexible, holographic display, waterproof, self-charging, best friend phone, that only unlocks using your eye and can turn the dishwasher on from work.
Now that is an all in one tool right there, as long as it lasts more than 5 minutes without charging that is.