With our incredible double credits offer.

We predicted that for the four-day Black Friday weekend in 2016, including Cyber Monday, UK consumers would spend £4.7 Billion, with the actual figure hitting £5.8 Billion. So last year we had another go at trying to predict it again, this time predicting that UK shoppers would spend a staggering £8.7 Billion over the four day weekend, with the actual spending figure for 2017 coming in at around £8 Billion. 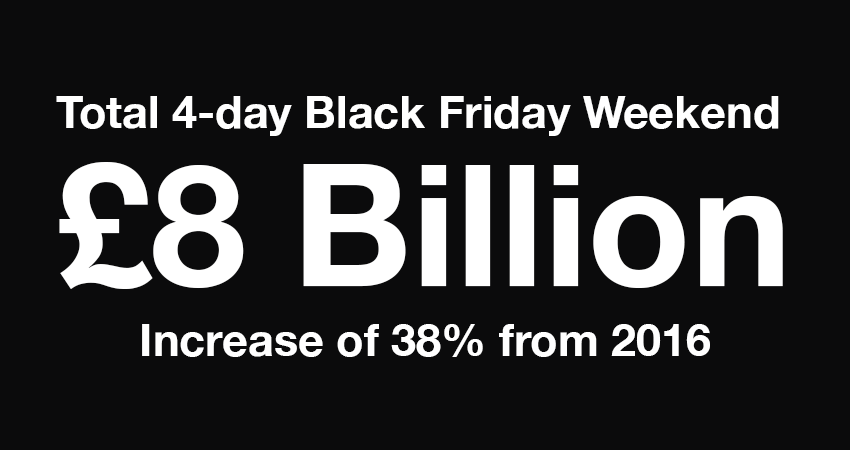 First year we were slightly under, second year slightly over, but as we were pretty close both times we have decided to predict the UK spend again, 3rd time lucky we hope.

But before we tell you the magic number you have all come here for, firstly have a read of these amazing stats to help you get excited for the big Black Friday sales . . .

91% of UK retailers had a Black Friday promotion in 2017 (Source: SaleCycle)

In November 2017 the average weekly spend online for retailer was £1.2 billion – this is an increase of 10.2% compared with November 2016 (Source: Office for National Statistics)

Black Friday is no longer a one-day sales bonanza, millions of businesses start earlier, with Amazon historically starting their Black Friday sales 2 weeks in advance. It is now a 6-day sales festival, with the 6 busiest shopping days of 2017 being between Wednesday 22nd and Monday 27th November 2017 (Source: Ingenico).

Because it is the biggest and best sales opportunity for retailers, every year expert’s analysis consumer trends and sales, they look at the latest gadgets, what has been popular over the past months to try and predict what Black Friday will bring that year.

We are predicting for Black Friday and Cyber Monday 2018 that UK consumers will spend . . . 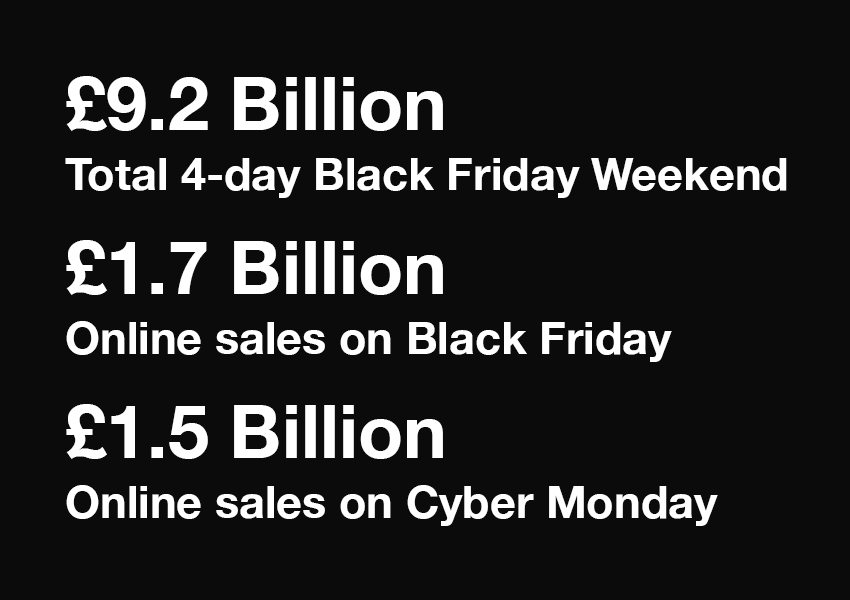 With the spend looking very likely that it will once again hit new records, we would advise that you start planning your marketing campaigns early, start collecting your data now and formulating a plan to engage with your customers and get the most out of Black Friday this year.

If you haven’t already got an SMS account, make sure you don’t miss out on millions of shoppers looking for great deals and sign up with an account today and start your Black Friday campaign the right way, with SMS marketing.

View our infographics View our helpful guides SMS Web Pages
By continuing to browse the site you are agreeing to our use of cookies.